HAARP is used to terminate or manipulate would-be dissidents of global capitalism by pouring “DEADLY” weather on millions of people like in Texas who will not submit. 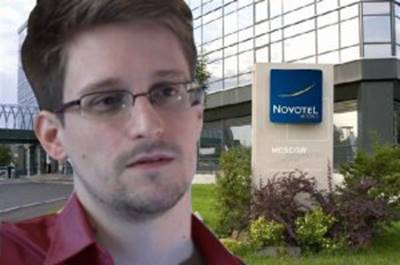 While the military prison industrial complex has routinely insisted that the Alaska-based HAARP is only meant to study natural phenomena in earth’s ionosphere, Snowden has managed to blow open a brutally massive charade.

“The HAARP research station,” he said, “strategically based away from prying eyes near Gakona, Alaska, is actually used to terminate or manipulate would-be dissidents of global capitalism on the scale of millions of people.”

Added Snowden, using finger quotes, “With these terrestrial antennas, NATO [the North Atlantic Treaty Organization] is able to, on a global scale, remotely silence ‘perpetrators’ of ‘deviant or subversive’ strains of thought.”

Unbeknownst to victims or their loved ones, HAARP projects ultra-high-powered radio waves. Those waves operate at the same electronic frequency as the truncus encephali, or brain stem, selectively inducing deaths seemingly by natural causes  – including by some appearing to coroners as innocuous as strokes or heart attacks.

“When and if the intelligence community doesn’t view outright assassination as an optimal effect,” said Snowden, “‘they’ can simply make a ‘target’ act in an insane fashion, in order to discredit them. When we were in transit between Hong Kong and Moscow, WikiLeaks staff and I had to fend off the constant threat of radio-generated homicidal delusions.”

Quickly ushering staff into his lavish room at Sheremetyevo Airport’s Hotel Novotel, the former NSA contractor began to explain himself. Due to confidentiality agreements with the 30-year-old, formerly of Booz Allen Hamilton, the Chronicle cannot elaborate beyond the point that he has outfitted his entire flat to be a thoroughly functioning Faraday cage.

“Without it,” he says, “I would have been dead the moment The Guardian‘s first story went to print.”

Snowden bolstered his testimony with HAARP documents gleaned from the private email accounts of officials as high-ranking as admirals and Air Force brigadier generals. Sources within the intelligence community have confirmed to The Internet Chronicle the authenticity of these documents, as well as their horrifying ramifications for human dignity.

Sources familiar with discussions between the Defense Advanced Research Projects Agency (DARPA) and the University of Alaska, which helps run HAARP, suggested that cell towers, as well as TrapWire, are “in play here.”

Snowden’s testimony appears to be partially in line with that of a U.S. senator’s brother, in 2009. It was then that he, Nick Begich, told “Conspiracy Theory with Jesse Ventura” that “just to affect the brain with emotional state changes is so easily accomplished” with HAARP.