From: D Clarke [mailto:dclrke@gmail.com]
Sent: Thursday, December 8, 2016 8:59 PM
To: INTERNATIONAL PHARMACEUTICALS <admin@invive.com>
Subject: Re: Time to tell you more re Antarctica “They” will all be whisked away underground with all the other fleeing rats RE: You'll enjoy this

Yes, they've made their devious plans and preps and they have their temporary victories, as evil always has, but ultimately they are not in control of the arc of humanity or the really seismic events that shape the Harvest.

with their Jesuit man Trump.

It was planned for Trump to be the President 16 years ago, as proven by old illuminati TV shows in 2000 stating Trump as President.

They don't know about the 3 ribs

*** Satan knows more about scripture than you do.

*** The illuminati GUIDED BY Satan know all about the 3 ribs, and that is why they will “have” limited Nuclear war with the mason Putin.

*** They know more scripture than we do, because Satan KNOWS ALL the scriptures and teaches them God’s scriptures via channeling and direct contact counselling John Kerry, Obama, and the Poop who all went to the Satanic portal in Antarctica to be counselled by Satan. Satan owns Antarctica, it is his country.

and they certainly don't know just how the dominoes will fall that set off the holocaust - no one knows that.

*** They know EXACTLY how the dominoes will fall and my answer is:

The dominoes will fall to bring UTTER CHAOS to the United States and to the World, (Putin IS ALSO a conspiring Mason), so that

we will all cry out:

The nuclear climax takes only minutes.  In their mind they can cripple DJT

*** Trump is “THEIR” man. They will cripple the USA BUT they will not cripple/remove Trump unless Trump gets off his leash.

*** They ARE destroying America VIA Trump so that they can bring in the New World Order.

*** They set up Trump to be their PAWN President “exactly” the same as they set up Obama and developed Obama from Obama’s birth to work for them.

They set up Trump the same way as they set up/groomed Obama.

So that they can deceive the sheeple into cheering:

Ra, Ra, Ra scream the sheeple, GRUMP will save us.

GRUMP is “not” Cyrus, because Cyrus was not a SATANIC JESUIT.

They have got the populace fooled AGAIN. BECAUSE:

Trump and Hillary are 2 wings of the SAME BIRD.

Either one of them is put in to carry out the agenda of the New World Order, NOT a reprieve from God.

They WILL BE SHUTTING DOWN THE ECONOMY and solidifying their control over America USING Trump as a pawn in the NWO.

But that will have near-fatal consequences for the whole nation that they are not expecting.

*** That is EXACTLY what they are expecting, so that they can bring in the New World Order out of chaos/Trump

so that every American will cry out for the New World Order to save them. It will NOT be a time of prosperity under Trump but instead will be disaster after disaster.

The ribs are a judgment of God, not a plot of man, and it is for Ephraim's good, to prepare many saints for the end of days, not for evil.

*** God has used LYING SPIRITS in the past and GOD is USING lying TRUMP AS A LYING SPIRIT NOW! WAKE UP.

Grump is a set-up to bring in the New World Order, with disaster upon disaster hitting the USA BECAUSE OF Trump’s decisions.

In order to remove the 3 shields/controllers over Ephraim's heart a lot of incorrigibly corrupt will have to be silenced, one way or another.

It just so happens that those power centres are DC, NYC and LA.

1.) The bastards have ALREADY set up Denver as the NEW Capitol and

2.) They will put in Trolls and put in all the laws to control the Internet and

NOTHING will change. It will just be moved to another format.

We really need to pray for the safety of those who will uphold the upright.

*** There is no one to pray for but ELIJAH BEAR.

*** There is NOW NO ONE who will uphold the upright.

*** The upright will be slaughtered under Trump.

*** The upright will continue pay $180,000.00 fines for not making a wedding cake for homosexuals under Trump.

*** The upright will be prosecuted and jailed for hate speech, when they preach the Bible under Trump the Jesuit.

*** The upright will be beaten up like Paul and all the Disciples were beaten up when they refuse to follow the Poop under Trump who supports the Poop.

*** Satan is a master chess player, and has EVERYONE (but me) fooled that Trump is a good man.

TRUMP “IS” A SATANIC LUCIFERIAN, put in to bring down the United States.

The same way as Obama has.

Trump will NOT do anything he said he would do. Trump just said things to get elected just like Obama said things and George Bush said things: “Read my lips no new taxes”, then once elected Bush raises taxes.

They say things just so that he could get elected. All the way down to Garry Filmon in Manitoba who promised he would NOT sell MTS (the Manitoba Telephone System) if he were elected, and after Filmon was elected Filmon sold MTS and is paying himself as a board member of MTS to this day. They and TRUMP are all lying bastards, and if they ever get off their Satanic leashes they will be assassinated like Kennedy and Lincoln were.

*** Therefore Trump WILL DESTROY the USA,

so that Trump’s Handlers can bring in the New World Order out of chaos.

and if Trump ever got off his leash like Kennedy did, they will kill Trump and put in another pawn.

GRUMP “IS” A LYING SATANIST.

“AND” Grump is the one who “IS” going to support HIS LEADER THE ANTICHRIST BERGOGLIO.

“They” will all be whisked away by their Continuity of Government Program and will all survive and move their corrupt Headquarters underground to Denver, Colorado.

It is “we the people” who will be blown up,

and we will suffer from radiation fallout,

while they will safely party be staying in their underground cities.

They will take their unground train directly from Washington to Colorado. Their maglev “tube” trains travel at 1,800 MPH and connect all the underground cities. 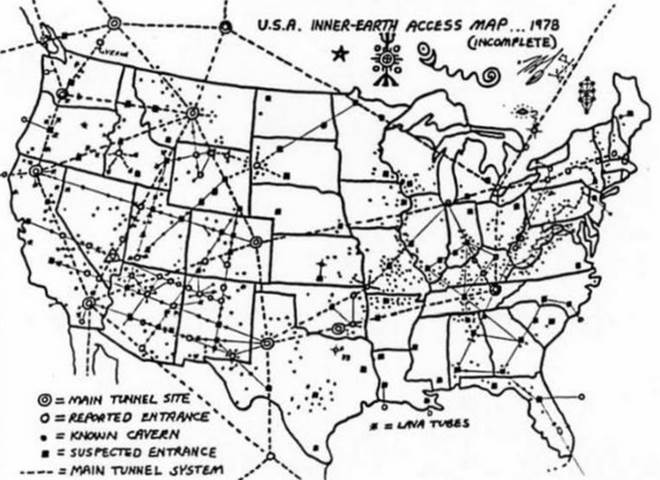 They will also be setting up in Antarctica where John Kerry, Obama, and the Poop visited this year.

There are valleys and lakes in Antarctica that are 70 degrees. and living in giant warm caves with beaches in  Antarctica is quite pleasant in spots.

They tried to conquer Antarctica with operation HiJump in 1947 but the USA lost that war with Antarctica. 2 December 1946. They were led by Admiral Richard E. Byrd’s command ship, the ice-breaker “Northwind,” and consisted of the catapult ship “Pine Island,” the destroyer “Brownsen,” the aircraft-carrier “Phillipines Sea,” the U.S. submarine “Sennet,” two support vessels “Yankee” and “Merrick,” and two tankers “Canisted” and “Capacan,” the destroyer “Henderson” and a floatplane ship “Currituck.” Task Force 68 included 4,700 men, 13 ships, and multiple aircraft

even though Germany had been defeated, a selection of military personnel and scientists had fled the fatherland as Allied troops swept across mainland Europe and established themselves at a base on Antarctica from where they continued to develop advanced aircraft based on extraterrestrial technologies. http://www.bibliotecapleyades.net/antarctica/antartica11.htm

Trey is one of the true Ephraimites.  I cannot help but believe that he will survive the loss of 3 ribs.