How to Avoid FEMA Camps

OUR U.S. GOVERNMENT IS KILLING US IN FEMA CAMPS RIGHT “NOW”!

By Pat Henry on January 28, 2014@prepperjournal 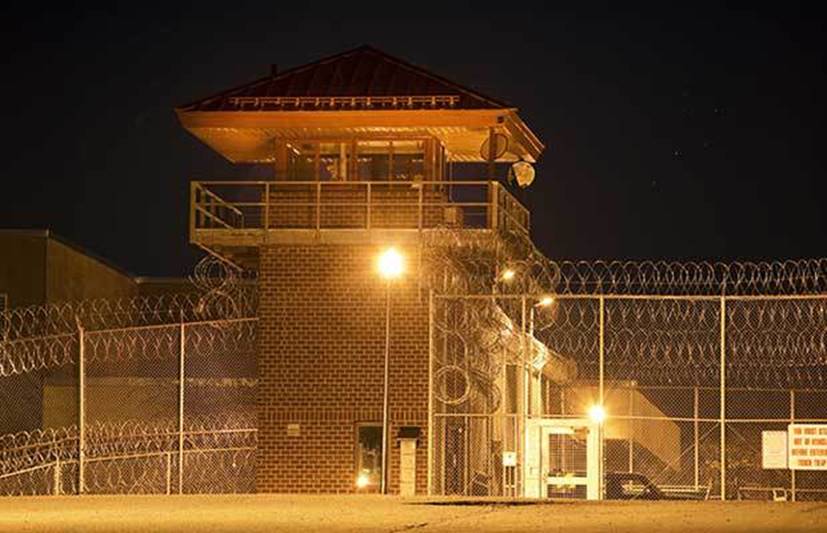 The mere mention of the words FEMA camps is bound to draw polar responses from our readers. Almost any topic that can be linked into a large list of what is routinely called conspiracy theories does that. It seems that no matter what the subject is, if there is some form of mystery around it, or possibility that the subject is completely made up, you will have those who will argue passionately for both sides. I think that the more sinister the underlying thought is behind the theory, the more passionate the arguing gets. If one side is seriously concerned about the risks of some dark plan to harm them, the other side will be giddy with excitement at the chance to shoot down theories and research.

For the people who believe in FEMA camps and see them as a very bad sign to watch for and fear, this topic engenders a wealth of responses and warnings about what to do if faced with the prospect. For those who think this is complete and utter nonsense, they will argue just as passionately to the contrary – that there are no such things and anyone who believes our government has plans to round people up and lock them in camps against their will is an idiot. I do agree with part of that and I’ll explain why.

What are these FEMA Camps you speak of?

To back up just a moment, for those of you who are completely unaware of what I am talking about let me give a brief explanation of what FEMA camps are. FEMA camps in this context are secretive government facilities all over the US that are supposedly being set up to house massive amounts of American citizens. The closest approximation to what these camps will be like is either a prison or a forced labor camp. Some would say that’s redundant.

Why would the government set up any camps like this in the first place? There are tons of theories, but the most common is usually to house people after either a collapse of our government/economy or some massive societal problem that displaces millions and removes the ability for the public to take care of themselves. I am not going to try and convince anyone of the plausibility of FEMA Camps and that isn’t what this article is about but I would suggest that if you are curious you do your own research. I am not advocating my position as either believing in the existence of FEMA camps or a sinister plan for their potential use or disbelief but I am sure that will be very clear as I write. What I want to do is describe how I think we could find ourselves in a situation where something very similar to FEMA camps would be possible and you would voluntarily go if you didn’t follow the steps below.

Let’s take the whole term FEMA camp out of the equation for a minute and talk about facts. In most natural disasters, there are settlements created for people who are displaced. If you look at the war in Sudan you can see refugee camps. In hurricanes, there are relief shelters and people willingly go to all of these. Is it such a stretch to imagine that some event in our country could compel large numbers of people to make their way to the same types of facilities? Remember Katrina when a lot of people flocked to the Superdome? Nobody made them go did they?

I maintain that nothing good can ever come from a situation like a refugee camp or even a relief shelter if this is on a massive scale. I am not talking about after a hurricane if your house is flooded. I am talking about a country wide problem where the only hope being offered is to make your way to a central location. I think we should all know how to avoid FEMA camps or any other camp for that matter for as long as humanly possible.

What could compel you to go of your own free will?

I think that there are a lot of reasons that people would willingly get on a bus or walk to a facility that has been set up by our government. If you think about it, things would be so much easier if people were asking to come in. Why fight with people when you can have them freely submit to whatever conditions you imposed on their stay because they were begging you to take care of them?

I think this is the easiest one to predict. Let’s say there was some horrible event like an economic collapse. Now, this probably won’t play out over days or weeks, but eventually after so much time a massive economic collapse could interfere with your ability to put groceries on the table. Let’s imagine that most people in the US lost our jobs, companies closed left and right and everyone was facing worse than depression conditions. How long could you hold out on food if there were no unemployment checks and no jobs to work? I think for most parents, the thought of their children going hungry is enough to drive you to do things you wouldn’t normally do. This can swing to the violent side with robbery or even killing someone for food, but the path of least resistance could be the camp. If you just go to the camp, they will feed you and give you a bed to sleep in.

Building off the desperation subject above, I do believe if we have a collapse of society, the bad elements will rise up and join together. Criminality is a fact of life and it is an inescapable part of our history. People will be taken advantage of and bad things will happen. If the scenario I described above happens, you could easily see gangs of people stealing, raping and killing to either get supplies they want or simply because nobody is stopping them. If you lived under the threat of marauders invading your neighborhood and harming your family, would you consider going to the camp for safety? If you go to the camp, we will protect you and make sure nothing bad will happen. We will have security to keep any bad people from getting in to harm you and you can finally sleep safe at night. Sounds tempting right?

What if you have a medical condition that requires medicine that is no longer available? What if you are injured and the hospitals are closed or it is more dangerous trying to get to the hospital? What if your daughter is sick with an infection she received when she cut her hand on a rusty can and you don’t have any antibiotics? Would you go to the camp where they have medicine and can treat her? Would you consider the cost of her living is worth any liberties you might give up? Would you turn in your firearms to the camp for treatment for your daughter? So how do I propose you stay out of the camps?

OK, again without going into what I think any camps might be designed for, I do think that there is a higher chance of people willingly going than being rounded up in the night. I could be wrong, but let’s assume that we have an economic collapse. Maybe there is a war overseas or a biological outbreak that cripples our country and let’s further assume that going to any refugee or FEMA camp will not be good in the long run. What can you do to avoid the FEMA camps?

1. Be able to feed yourself – I have said this multiple times before and you can’t go to any other survival/preparedness website without getting the same advice. Make sure you have extra food so that you aren’t forced to go somewhere because you are starving. How much? I normally recommend starting with 30 days, but for this to really work I think you need as much as a year of food stored up. One year of food will enable you to last through the winter and get a garden started if you don’t have one already. Food is one of the easiest ways to prepare for any type of scenario that could affect your family. If nothing happens, you still have to eat every day.

2. Be able to defend what you have – I don’t mean counting on kindness of strangers either. If times get so bad that people are unable to feed their family, they will come for those who still can. You will need to have a means to keep your family safe and the determination to do what is necessary. That could mean taking a life. It might just mean making a defiant stand. Either way, history shows that expecting the best of people in times of crisis is foolish and if that is your plan, you might regret it.

3. Have a plan to provide basic medical care for yourself – This can be viewed two ways. I always recommend having a more than basic medical kit for every family and the knowledge of basic first aid. You have to know how to stop bleeding and it really helps to have bandages to do that. You have to be able to sterilize a wound and antibiotics are necessary for infections.  Your basic health is another aspect of this though. If you aren’t able to walk a few miles without getting winded, how do you expect to survive if we have a collapse? Make sure you are in great shape and that will make any stress like this easier to bear and the likelihood that you will fall by the way much lower.

I really believe that if anything bad happens like this, our society has overwhelmingly demonstrated that they desire to have someone take care of them. If that someone is the Government you will lose in some way. What will that be? Who knows – I leave that up to others to debate. I do know this though and that is that I will do anything in my power to stay away from any situation like that. I am taking steps now to prepare my family and am doing what I can to take care of them and make sure they can take care of themselves. The alternative is not attractive to me and I only see bad things happening if we go that other, easy, safe route.