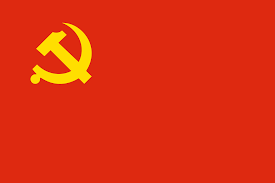 In the past week, I have written the first four parts of a series which describes the Chinese war plans which are to be implemented against the United States, in which must of the information was derived from a leaked Chinese document that included the transcript of the Chinese Defense Minister’s comments to the Central Committee of the Chinese Party. In the course of my investigation, I discovered that the United Nations had transferred control of its economic programs and social-cultural-educational programs to the Chinese. Also, the UN is on board with the Chinese rebranding the meaning of human rights from being one of protecting individual liberties to earning the right for economic participation (e.g. Mark of the Beast and Social Credit System).

From a globalist perspective, the US must be destroyed as it is the number one barrier to the full implementation of the satanically inspired New World Order. Further, Americans, themselves, must also be totally destroyed because of their proclivity to believe in individual liberties and their propensity to defend their rights with 300 million gun estimated to be in private American hands. America and Americans are targeted for complete obliteration by both the Chinese and the United Nations.

Here is a summary of the 4 parts:

We do not have to fear a Chinese nuclear attack and that is the long and the short of the good news. Not only did Chinese Defense Minister, Wei Fenghe, state this openly in a leaked government document which expressed Chinese war plans intended to utterly devastate the United States, he stated that genetic specific weapons would be used to commit mass genocide against the United States while leaving the infrastructure and the 12 million Chinese alive in which only non -Chinese would perish

The Internet is filled with the new revelations that the Chinese are employing laser beam technology to induce earthquakes. This is a cover story for the false flag that is coming which will use the same technology which will serve to assist the Chinese in taking over the United States. And what do the Chinese get for their trouble? They get our substantial mineral wealth.  Here is what I have learned.

The United States Is Not Broke

Contrary to what the power brokers would have you believe in order that you’ll give up your pension, cut your wages, and settle for the life that people live in a third world country, the globalists want you to believe that your nation is broke and there is nothing you can do about it. In fact the opposite is true.

I am calling on President Trump to expose the fact that the United States of America is awash in an unimaginable amount of mineral wealth. What belongs to the people has been transferred, in the greatest theft in world history, from the workers and consumers to the government as well as the banks and the portfolios of the criminal elite gangsters which control the politicians with insider-trading and outright bribes.

Previously the biggest theft in world history was committed by the Federal Reserve as its banks are able to loan against the value at a ratio of 9 to 1 in this modern day version of fractional reserve banking. However, the biggest theft of American assets is literally happening right below our noses. The banks will soon forsake their holdings as the government, as I am being told, will move to nationalize every bit of mineral resource wealth in this country under Executive Order 13603 or an updated version of the same.

Today just 400 Americans have more wealth than half of all Americans combined. Despite this grim statistic which reveals the wealth imbalance in this country, our nation has never been wealthier. Far beneath the ground, the federal government and its Bankster puppeteers, own the rights to mineral and energy leases, from which they receive royalties, rents, and bonus payments, states the Institute for Energy Research, an industry group. According to their estimates, government states that the assets are worth $128 trillion. That’s almost eight times the national debt. “These resources could be leased to third parties and could subsequently earn the state and national government huge royalties, rents, and bonus payments that estimates could total almost $150 billion over 10 years, just for the oil and gas leases alone”.  Then why isn’t this being done? Simple, ask yourself who would lose money if this were to come to fruition? These vast resources have been promised to the Chinese and they are moving to take possession after they commit the genocide Wei Fenghe discussed in the leaked document. This is the major reason why the Chinese need to occupy America after the vast majority of the Americans are dead.

Already, the Chinese are in Hawaii to take possession of what gold America has left and this is old news, dating back at least three years.

The Chinese run our solar energy business with their military front corporations. Their soldiers are embedded and ready to act. In the past several years, we have learned that a series of international "inland ports" will be created in conjunction with known mineral rich areas and control of these areas will be handed off to the Chinese. Further, the Chinese military will be stationed around these inland ports to ensure safety and security of the Chinese investment and its mining and geological personnel. This will be the foothold of their invasion force. For reasons to be discussed in the latter part of this article, there is a much more ominous reason why the Chinese troops will soon be a common occurrence on American soil. This will constitute only the beginning of the short-range take over the Chinese have planned for America. Confirmation of the fact that the Chinese will soon be taking possession of American mineral resources, comes from a former CIA agent in an interview I conducted with him over three years ago. During the course of my interview with this undisclosed source, he unequivocally stated that China will be taking control of our mineral rich land resources in repayment for the tremendous debt the United States owes China. This would be a revelation that some will challenge because the "bury my head in the sand crowd" is frightened by the revelations, except, I reported the existence of as well as the estimated dollar amount of this mineral wealth on February 6, 2018, on my website and shortly after that, I aired these facts on the Dan Cofall Show airing in Dallas/Ft. Worth on station 1190AM  a short time later. This is not new and represents a plan in action, it is just that nobody was willing to listen because the context of the plot was not clear when this information first surfaced.

America’s Debt Pales In Comparison to Our Mineral Wealth

As it has been widely reported, America has three levels of debt which needs to examined in context with this stunning revelation of largely unknown mineral wealth:

Trump has improved the economy, but the debt has worsened and this is our Achilles heel. As one can clearly see, we can pay off our immediate bills and cover more than half of our unfunded liabilities. The derivatives debt should be repudiated because it is the result of illegal banker investments. America has the ability to stem the debt tide. With the development of these assets along with getting rid of the parasitic Federal Reserve, America could be back on the path of national prosperity. However, this does not fit into the globalist agenda which seeks to totally destroy America as well as most of the people within the country. China has bought our debt and now they are owed and Wei Fenghe stated, they are coming to collect after most of us are already dead.

America and the Globalist Agenda

The globalists goal is to establish a one world government and a one world economic system (which is nearly complete as I write these words) which is ruled with extreme authoritarianism and brutality in a futuristic version of neo-feudalism.  To accomplish these goals, there can be no Bill of Rights and American prosperity must be obliterated. This is what we are in the midst of at this time as America is being torn down brick by brick and we live in a country that is being targeted by the CHICOMS for the elimination of 90% of the American population.