10 Ways the Government Is Killing You

Along with bankers, ... politicians are among the most reviled people on Earth. When they’re not busy cheating taxpayers, they’re either making racist comments or making daily policy decisions so deranged they may indirectly kill us all. ... 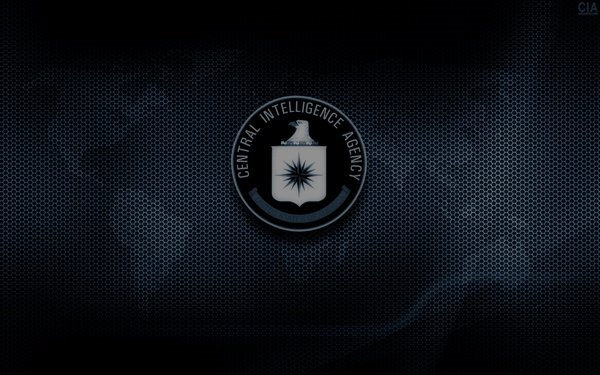 If there’s one thing you don’t associate with American values, its human experimentation. Yet throughout the 20th century, the government targeted civilians with some of the nastiest stuff imaginable.

Chief among these was Operation Midnight Climax, a taxpayer-funded idea that was as porn-filled as it sounds. After setting up brothels in New York City and San Francisco, the CIA hired prostitutes to dose clients with LSD while they watched from behind two-way mirrors. Less amusing was a US-operation in the 1940s to infect hundreds of Guatemalan citizens with syphilis; an operation they then topped by plunging the whole country into civil war. Perhaps least amusing of all was an Army-funded study into the effects of Agent Orange on prisoners which was tested by injecting them with some 400 times the safe amount. The CIA now claims those days to be behind them, but ask yourself: would you really trust the owner of a San Francisco acid-brothel to tell the truth? 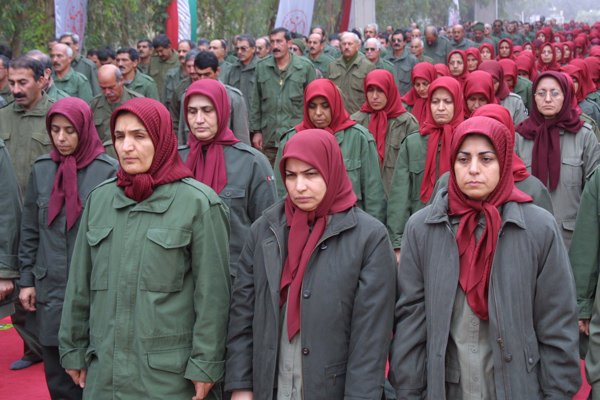 It’s a conspiracy cliché that the US funds terrorism. Everyone from LSD munching hippies to earnest college kids into Noam Chomsky will agree on this one. Sadly, they happen to be right.

Take the messy case of MEK/MKO. In the ’70s they were a Marxist revolutionary group who attacked American diplomats working in Iran. In the ’80s they killed dozens in bomb attacks, supported the Iranian Islamic revolution and later aligned themselves with Saddam Hussein. They were blacklisted in 1997 and, in the run up to Gulf War II, cited by the Whitehouse as evidence of Iraq sheltering terrorists. When the dust settled, we took one look at these terrorists and decided to start paying them to kill Iranians. Despite being an insane cult, we’ve now even removed them from the terror list, because there’s no way that could bite us in the ass. Not like it did with, say, Saddam Hussein.

We’ve known for years that inequality can be bad for society. It spreads illness, discontent and trashes social mobility. Yet politicians keep voting in measures that will increase it.

Seventy percent of the US economy is based on middle class spending. Take away that peg and the whole thing comes crashing down. And that’s what’s happening: since the 1970s, middle class spending power has dropped, while rates of unemployment have skyrocketed. Most families are now estimated to be three paychecks from destitution, a depressing figure in more ways than one—it’s estimated that our unequal society is slowing potential economic expansion by up to a third. Coupled with the lowest social mobility of any developed country and we’re essentially condemning ourselves to less prosperity and damaging social divisions, all so a handful of billionaires can rebrand themselves as multi-billionaires. 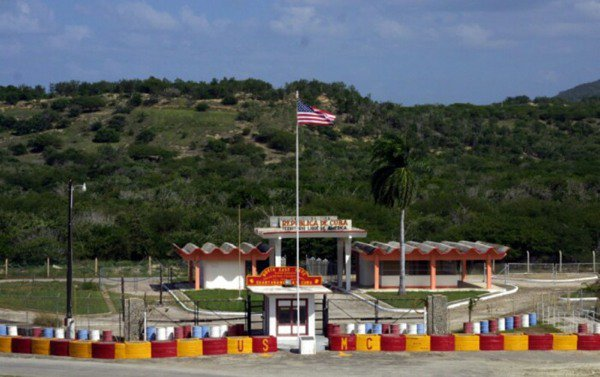 As a citizen of your country, you probably expect certain rights: freedom of speech, the right to worship as you please and the right to not be murdered by a government kill-squad.

Anwar Al-Awlaki was a US citizen who vocally-supported terror groups, posted videos on radical websites and should definitely have been chucked in jail with a bar of soap around shower time. Instead, a targeted government drone killed him without any of that silly due process. Then you have people like Jamal al-Harith, a British citizen who was tortured in Guantanamo despite his only connection to the Taliban being that they had also tortured him; or the Staten Island salesman who got six years for practicing his first amendment right to watch an anti-US TV channel. Since freedom of speech legally includes advocating violence against the government his arrest was technically illegal, and therefore terrifying. 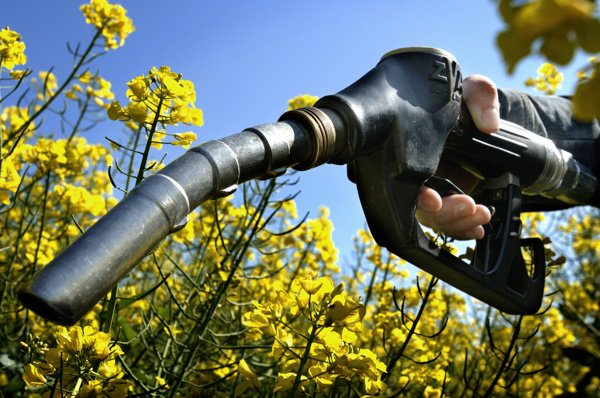 Mention climate change and you’re bound to spark a vast and bitter debate. So let’s just agree that total destruction of the environment isn’t great, however you go about it.

And governments are going at it like it’s going out of fashion. First: emissions. Just about every major polluter in the world has missed their carbon targets, leading to a scenario the World Bank optimistically described as doomsday. Then you have the countries like Germany and the US which are starting to rely on biofuel—an environmentally catastrophic product that causes mass deforestation and famine in other countries. Not forgetting our reliance on fossil fuels, a policy fully-expected to lead to everything bad you can possibly imagine happening all at once. Essentially, however you look at our energy policy, we’re screwed. 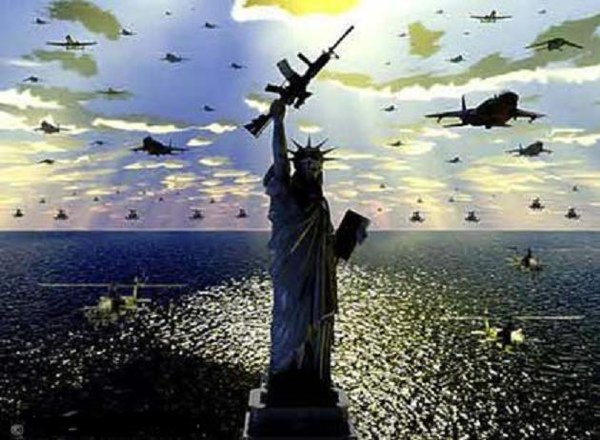 Since going into Afghanistan in 2001, we’ve been in a constant state of war. The Libya action, the War on Terror, Gulf War II . . . When’s it all going to end?

How about never? Late last year, the Washington Post published a report on Obama’s infamous kill list which estimated we’d be fighting for at least another decade. In the midst of withdrawing from Afghanistan we’ve found time to get involved in Mali, deploy weapons near Syria and prepare to bomb the living crap out of Iran. It’s gotten so bad that some commentators are claiming we’ve finally reached Orwell’s infamous state of perpetual war. Whether you believe that or not is another matter—nonetheless, it’s a pretty scary thought. 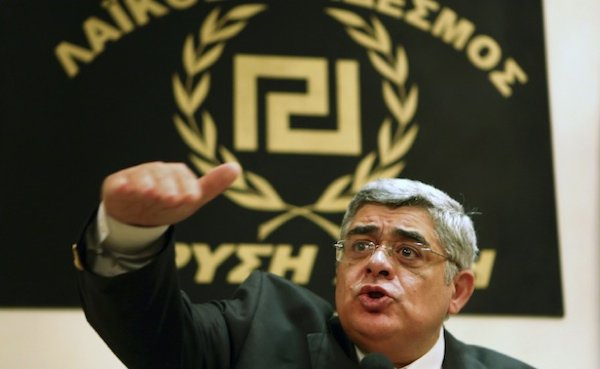 European governments are currently trying to save us all with austerity, despite it plainly not working. This isn’t just my opinion—the IMF has specifically warned EU leaders to back off before they kill the global economy. That’s right—global economy: if Europe goes down everyone from the US to China would take a hit.

And that’s not counting austerity’s human cost: cuts in Greece have led to the rise of Golden Dawn, a fascist army-for-rent who get their kicks attacking foreigners and infiltrating the police. Portugal has seen violent riots, while Spain’s unemployment rate currently stands at just about everyone. Worst of all, it doesn’t even work. IMF figures estimate that every pound the UK cuts from its budget results in as much as £1.70 being lost—pushing us into a triple dip recession and increasing that inequality we talked about earlier. 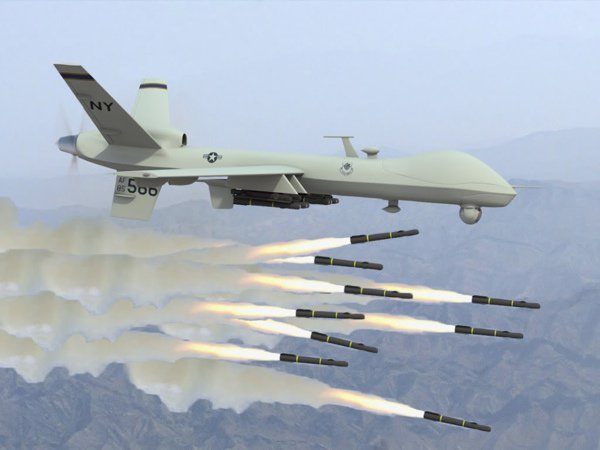 On paper, drone strikes look good: a pilotless plane locates some terrorist and blows him straight to Jannah. No risk, no casualties; one dead murderer. Sounds awesome, right?

Except it’s totally counterproductive. Recent studies have estimated drone strikes kill nearly fifty times as many civilians as terrorists, including women, rescue workers and children. While that’s an awful statistic, you could argue that the ends justify the means—if the strikes weren’t boosting Al-Qaeda’s membership. According to reports, when the first drone entered Yemeni airspace, Al-Qaeda’s international wing was thought to number around 300. Now it’s over 700. This isn’t just coincidence either, the new recruits specifically cite drone casualties as their reason for joining. For every terrorist we kill when a missile hits a wedding or a mosque, we’re making dozens more; all of them just itching to blow us sky high.

The War on Drugs 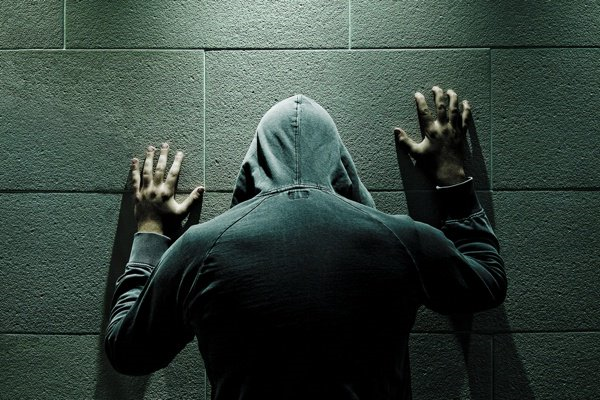 Ever since Nixon got a bee in his bonnet about hippie kids smoking their marijuana, we’ve been fighting The War on Drugs. And it’s killing hundreds of thousands of innocent people.

In Mexico the trade that has sprung up from trafficking has made the cartels so much money not even the entire Mexican army can bring them down. In the last five years they’ve killed somewhere between 40,000 and 60,000 people, including police officers and the populations of entire towns. We’ve thrown literally everything we can at them—short of just nuking everything below Texas and calling it a day—and they’re stronger than ever. We’ve reached the point where Latin American leaders are almost begging us to change our policies and save their citizens, but what do we do? That’s right: keep on fighting a war only seven percent of Americans believe in.

The #1 Way your Government is Killing you is: 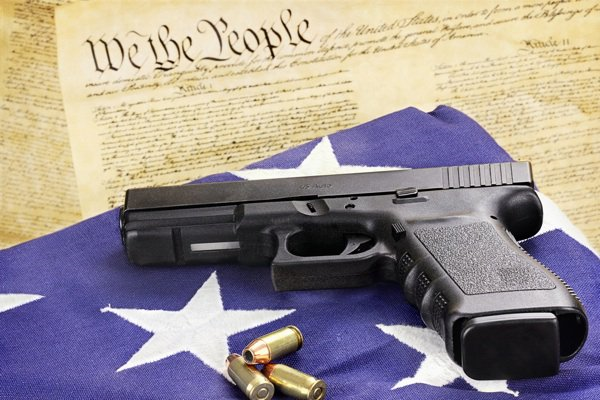 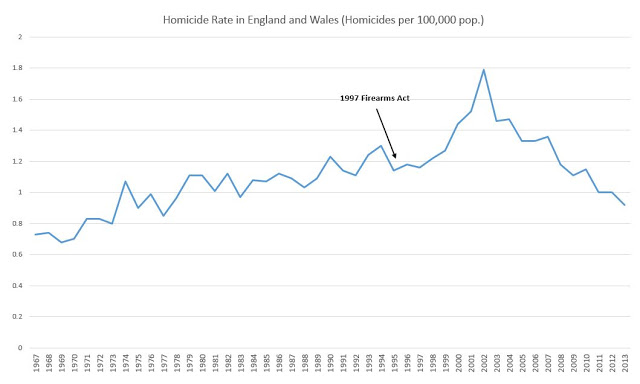 A Harvard study from 2007 recently resurfaced. Published by the Harvard Journal of Law and Public Policy, the study’s conclusion is contradictory to conventional wisdom about gun violence and understandably received little media attention. Citing data from the Centers of Disease Control, the U.S. National Academy of Sciences and the UN International Study on Firearms Regulation, the study concluded:

“The more guns a nation has, the less criminal activity.”