Hurricanes, wildfires made 2017 the most costly [WORST] U.S. disaster year on record 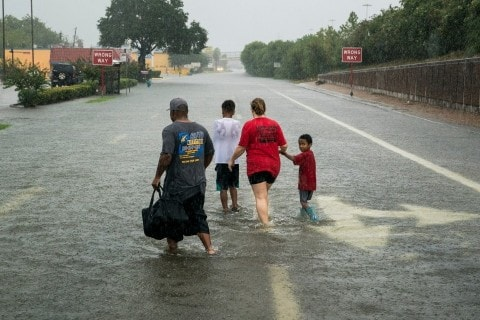 People walk through floodwater near interstate 10 in Houston on Sunday, Aug 27, 2017 in the wake of Hurricane Harvey. (Photo by Jabin Botsford/The Washington Post)

Hurricanes Harvey, Irma and Maria combined with devastating western wildfires and other natural disasters to make 2017 the most expensive year on record, the National Oceanic and Atmospheric Administration reported Monday.

The disasters caused $306 billion in total damage in 2017, during with 16 separate events caused more than $1 billion in damage each.

“2017 was a historic year for billion dollar weather and climate disasters,” said Adam Smith, an economist for NOAA, on a press call with reporters.

The record-breaking year raises concerns about the effects of future natural disasters, as scientists fear climate change could make extreme weather events more damaging in the future. [It is HAARP CAUSING the Disasters/men causing the Disasters via HAARP, NOT climate change]

The previous most expensive year in history was in 2005, when disasters — including Hurricane Katrina — caused $215 billion in U.S. damage when adjusted for inflation. NOAA’s record of billion-dollar natural disasters goes back to 1980. 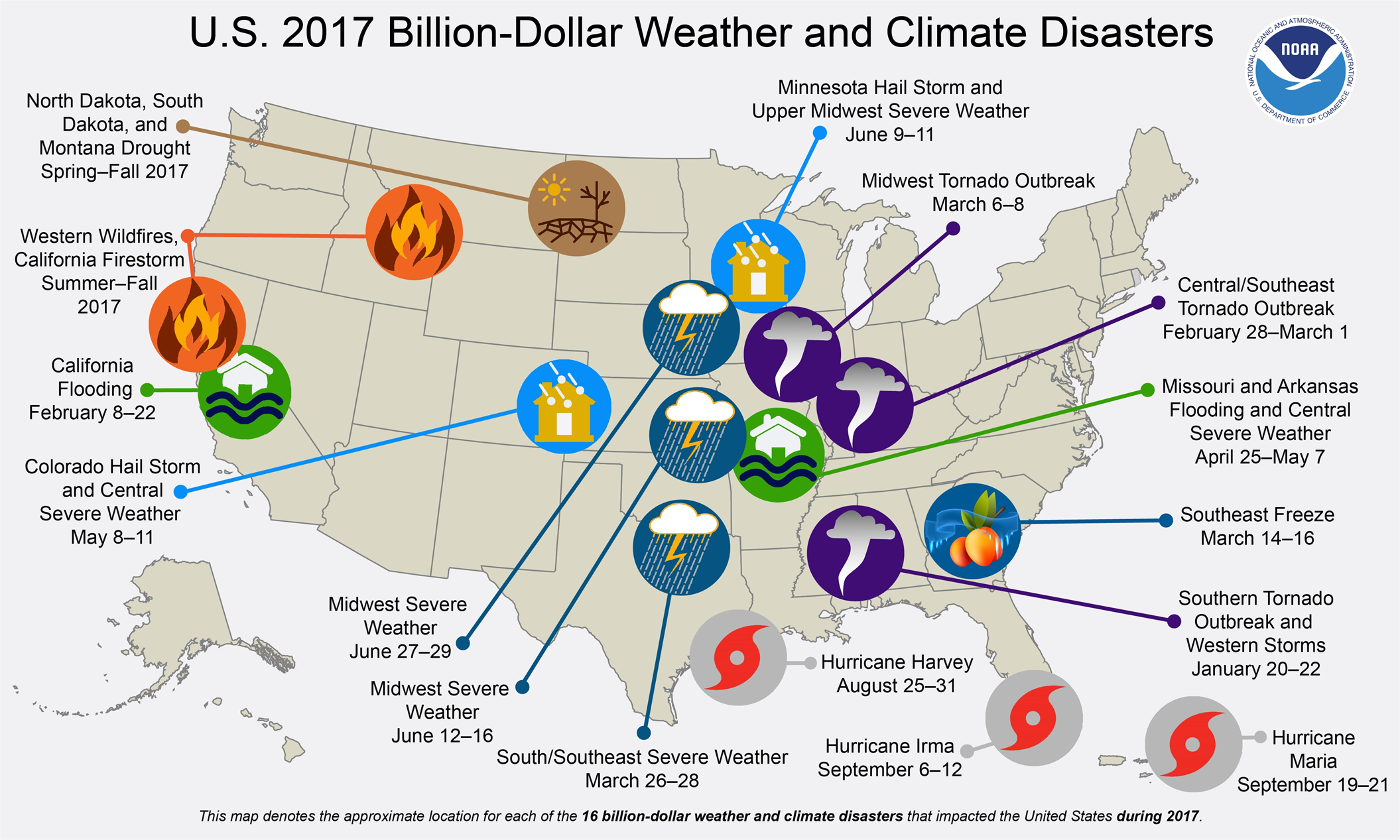