Why do Polish paint eggs on Easter?

The “Ishtar Eggs” were

DYED in the BLOOD

that was taken from the altar of murdered babies

that were sacrificed on the altar to Tammuz,

Egyptians believed in a primeval egg from which the sun god hatched. Alternatively, the sun was sometimes discussed as an egg itself, laid daily by the celestial goose, Seb, the god of the earth. on the first Sunday after the first full moon after the spring equinox, a celebration was made. It was Ishtar's [THE GODDESS OF SEX & Fertility] Sunday and was celebrated with rabbits and eggs.

The “Ishtar Eggs” were

DYED in the BLOOD

that was taken from the altar of murdered babies

that were sacrificed on the altar to Tammuz,

with the T for Tammuz

emblazoned on the eggs.

Children that were not sacrificed on the altar were told to “hunt” the eggs in the likeness of Tammuz and Nimrod the mighty hunters. 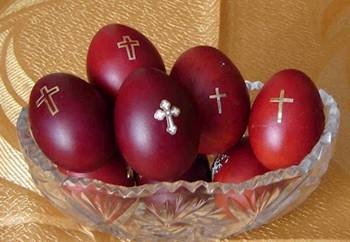 Ishtar also proclaimed that because Tammuz was killed by a pig, that a pig must be eaten on that Isthar’s Sunday. At this point we begin to “see” what exact abominable “beast” replaced the sacrifice of the Passover Lamb. It was then and is still now, the Easter Pig of Ishtar!

We still “hunt Ishtar eggs” in honor of Tammuz the Great Hunter on Ishtar’s day and eat ham in his honor. We just call it by its English name Easter but every ritual remains the same as in ancient Babylon. No longer do we keep Passover and eat Lamb as commanded by The Messiah

Tammuz was noted to be especially fond of rabbits, and they became sacred in the ancient religion, because Tammuz was believed to be the son of the sun-god, Baal.

The rabbit is one of the most fertile creatures on Earth and held sacred to the fertility religion Semiramis had created in Babylon.

Easter egg hunting originated with Tammuz, like his supposed father, became a hunter. The day came when Tammuz was killed by a wild pig. Queen Ishtar told the people that Tammuz was now ascended to his father, Baal, and that the two of them would be with the worshippers in the sacred candle or lamp flame as Father, Son and Spirit.

You are to celebrate the day of Christ’s Crucifixion which was/is on Nisan the 14th and was not on any Sunday and certainly not on Easter/Ishtar Sunday.

View 2 other answers to this question 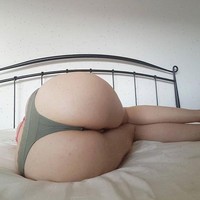 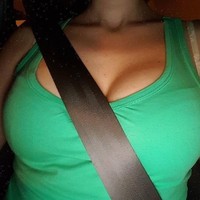 Studied at U of M