Actual PROOF that your television news is all Propaganda

1 set of announcers saying the people are rejoicing/celebrating over the USA’s murder of Iran’s top General Soleimani [which is a lie],

2nd set of announcers [correctly] saying the people are mourning/protesting over the USA’s murder of Iran’s top General Soleimani.

Both groups of announcers using the same clip!

...just as the Rothschilds found it highly profitable to fund both sides of many war efforts for well over a century, so the Zionist International bankers of today continue their profit-making formulae, by

funding both sides of not only military exploits but also the

1.) Start with the teleprompter-reading corporate PR team over at Always Broadcasting Crap (aka, ABC’s) coverage of the same group of people running down the street with the same Iraqi flag on the same street [rejoicing over his murder].

2.) Then thousands of Soleimani’s supporters in Baghdad, with an Iraqi flag taking to the streets to protest his murder. 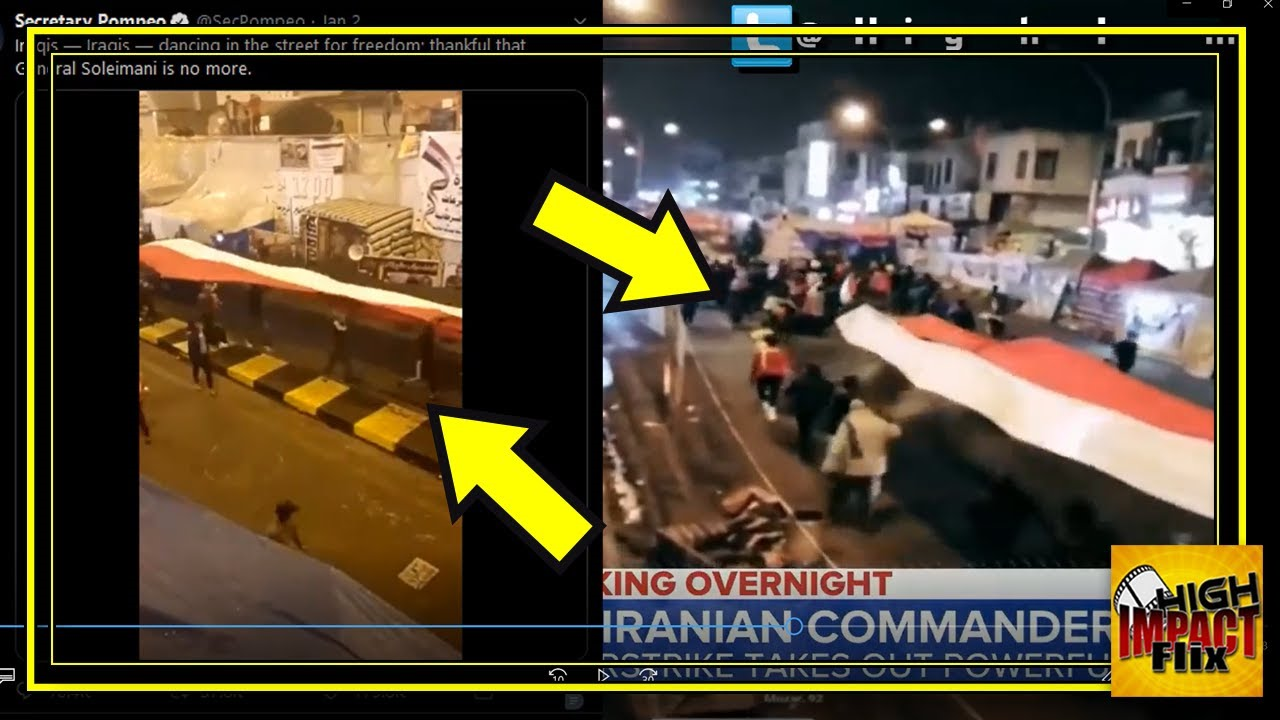