“Intelligent” humans were here on earth and

and proof of 135,000 years ago home living quarters

(Editor’s Note: Adam was a separate species of humanoid created just 6000 years ago.)

Humans were living in Theopetra Cave over 135,000 years ago, making it the oldest archaeological site in the world. 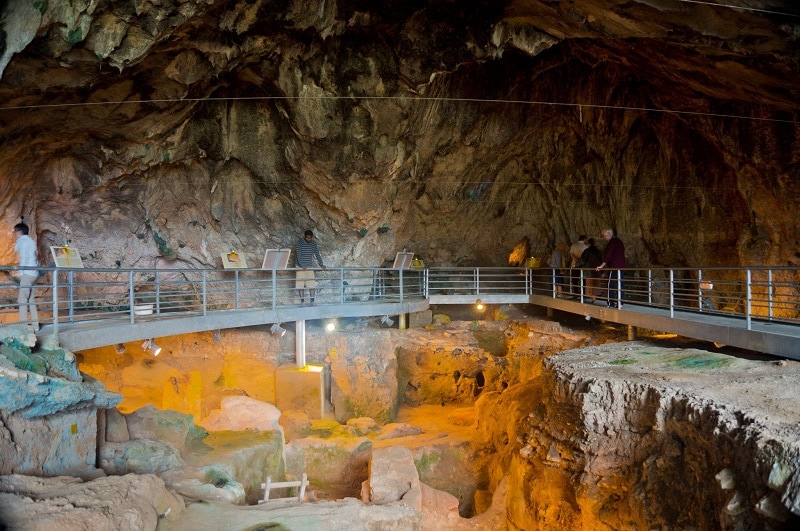 In 2012, following several decades of research and excavations, researchers revealed that humans were living in Theopetra Cave over 135,000 years ago, making it the oldest archaeological site in the world.

The research team led by Ν. Kyparissi-Apostolika originally thought that human occupation in the cave dated to at least 50,000 years ago. However, they discovered children’s footprints that pushed back Theopetra’s use to over 80,000 years earlier.

Theopetra Cave is a treasure trove of artifacts from several different periods, including the Palaeolithic, Mesolithic, and Neolithic periods. The site is also home to a 23,000 year old wall that was most likely built to protect the cave’s residents from cold winds — it is one of the oldest known man made structures in the world.