"YOU" ARE suffering under an OPPRESSIVE GOVERNMENT and don't realize it!

The Human Suffering Of

Are you stunned by what has become of American culture?

Are you confused as to how every moral principle could be turned on its head so quickly?

Well, it's not an accident.

You've probably heard of "Cultural Marxism," but do you know what it means?

Marxists, after the tremendous failure of their *economic* ideas, decided to change their angle of attack. There was no way that people could be convinced that Socialism is economically superior to Capitalism.

Socialism produced tyranny and death in the hundreds of millions, while Capitalist nations were bursting with wealth.

So, Marxists shifted to targeting culture instead of the economy.

If Cultural Marxists could *destroy the culture* of Capitalist nations, *then* they would try to use the opportunity to change the governments and economies to their Socialist utopia.

If the people can't think straight, perhaps then Socialism could be shackled onto them.

Their original argument of workers being *exploited* by capitalists, didn't sell. It's obviously not the case.

So Marxists just shifted their "exploitation" shtick to culture:

- The old exploited by the young...and vice-versa

Anything that is true is to be twisted like a pretzel -- to the point where people can't tell what is true anymore.

How do you think they're doing?

Had enough yet [of Political Correctness where it is ILLEGAL TO QUOTE GOD’S BIBLE! Then don't be afraid to stand up for truth, and speak it!

Otherwise, history can most definitely repeat itself. 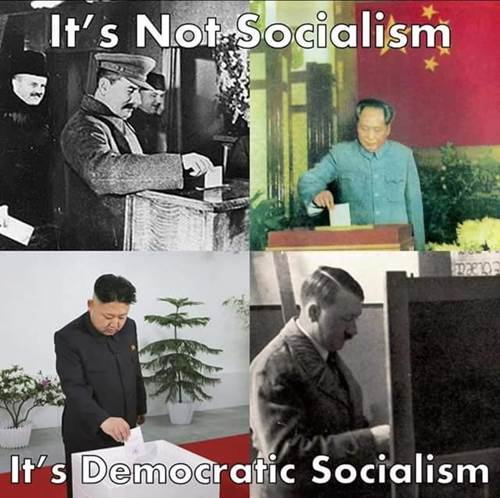 And the history of Socialism is as nasty and brutish as it gets. Nothing compares to it in terms of human suffering.